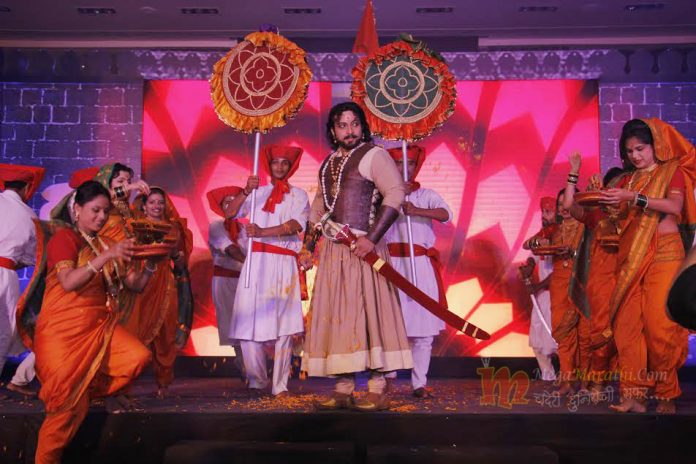 Chhatrapati Sambhaji was the first celebrated heir apparent of the Hindu kingdom and the second celebrated royal emperor. However, it seemed that controversies and misunderstandings were an inherent part of his life. Even fate at every step was testing his patience to the extremes. On one hand, he was creating history through his valour and deeds and on the other hand he was dealing with the betrayal by his close ones. This much celebrated founder of the Maratha empire was a true warrior in every sense who fought as bravely his enemies as he did with the betrayal of the people close to him. But the pertinent question is has history been kind enough and done justice to the legacy of one of the most valiant rulers ever? One can find the answers to these questions through Zee Marathi’s new serial and historical epic Swarajya Rakshak Sambhaji. On September 24th, the serial will be premiered with a two hour special. And from 25th September onwards, audiences will get to see the show in Zee Marathi and Zee Marathi HD.

There is immense curiosity regarding who will be playing the role of Sambhaji Maharaj in this serial. In order to unveil the big reveal and let us know who will be playing the celebrated king’s role, a grand event is being organized. In this carefully planned grand event, Dr. Amol Kolhe will don Sambhaji’s avatar and will unveil himself to the audiences. Talking about his role, Kolhe said “A long awaited and much cherished dream is becoming true and I am really glad about it. But we still do not know much about a king who defeated a treacherous ruler like Aurangzeb with sheer valour and has won all the battles he’s fought in his span as a ruler of 9 years. This serial is a modest attempt to chronicle the legacy and history of one of India’s greatest rulers and bring it to the common man”.

Nilesh Mayekar, Zee Marathi Business Head said “Till Date, Zee Marathi has always given its audiences something different. Because even if the aim is to entertain, we do not forget our duty of also educating audiences in this process. Previously, through the devotional serial Jai Malhaar, we had narrated the story of Khanderaya to entire Maharashtra. Now audiences will get to witness the story of Sambhaji Maharaj’s extrodinary valour and I am confident that it will impress audiences.”

If one minutely observes the life story of Sambhaji Maharaj, one can notice that since childhood he has witnessed several upheavals in his life. He lost his mother at the tenderly age and grew up to be an fearless and independent individual in the shadow of his grandmother Jijaumata who as doubled up as his mother and proved to be a great influence on his life. At the age of 9, he entered King Mirza’s kingdom and became a Mansabdar in the quest for Swaraj. At the age of 10, he surprised the people of Aurangzeb’s kingdom with his heroic deeds. After escaping from Agra, he travelled alone from Mathura to Raigad which is no mean feat. But after ascending the throne as a young prince and post the birth of Rajaram, he soon got involved with his newly emerged family life.

Post the demise of Chhatrapati Shivaji Maharaj, Swarajya and Shambhuraje both became alienated. While conflict was strife at home, to overthrow the brewing revolution of Swarajya, the combined powers of the British, Portugese Government, Siddhi and Adilshahi got together and started conspiring against the same. And this got an additional boost with Aurangzeb who also combined his might with these forces to take on the Swarajya movement. With the Swarajya movement in danger, questions begin to arise as to how will Shivaji’s young lion cub get rid of this impending danger? How will he face the combined powers of these mighty forces? While fighting them, will there be an unexpected attack from the forces within the home turf? How has history shaped Shambhuraje as the protector of Swarajya or the destroyer? The story of Swarajya Rakshak Sambhaji promises to answer all these and other important questions.

Audiences will get to witness the historic story of Shambhuraje that is characterized by the love and pride for Swarajya. The show is produced by Dr. Amol Kolhe, Vilas Sawant, Sonali Rao and Pinku Biswas. On September 24th, the serial will be premiered with a two hour special. And from 25th September onwards, audiences will get to see the show in Zee Marathi and Zee Marathi HD.