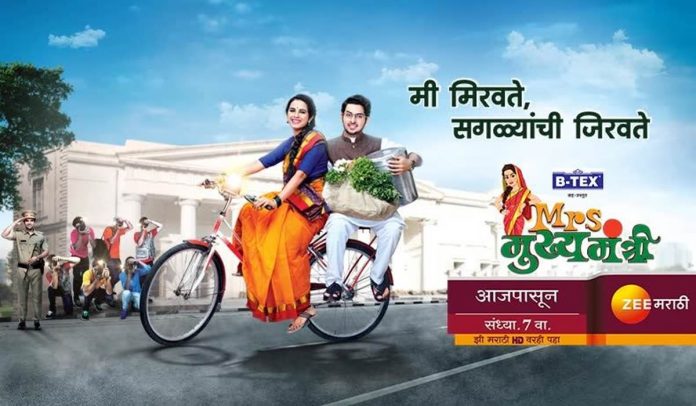 Zee Marathi is soon bringing to its viewers a new interesting show ‘Mrs.Mukhyamantri’ and the title itself arises a lot of curiosity among us . The makers of the show emphasize that though the title of the show may sound political it has nothing to do with any political
personality or a political event. This show is likely to beam from June 24 .

Amruta Dhongde who debuted with ‘Mithun’ movie is going to make her telly show debut with the titular character. And recently the teaser has been released to much applause.  ZEE MARATHI has brought another entertaining  prime time TV show. And ZEE Marathi  viewers
have  always loved the shows that it has brought to them and they are sure the fans will appreciate this show too. The show will be telecast at 7 pm. And it means the long running show ‘Lagira Jhal Ji’ will come to an end!