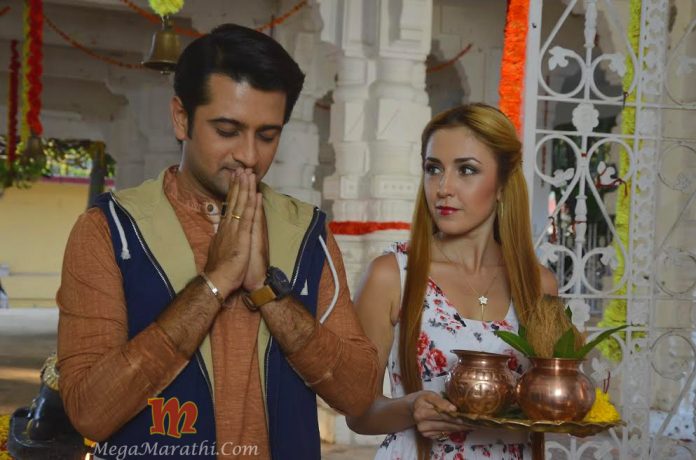 Within a short time ‘Chahul’, the suspense-thriller being aired on Colors Marathi, has made a mark for itself among its viewers.

The foreigner Jenny, Sarjerao’s fiancee, has also been accepted by the audience and they are also lapping up the modern camera techniques used in the serial to produce that horror-suspense effect to chill heir bones.

Chahul’s plot, no doubt, has heightened the curiosity even as even as Sarjerao’s family is under pressure, given their village’s conservative character, to announce his engagement to Jenny. Both the lead actors too are excited about their engagement.

Amid all this happenings Sarjerao is torn apart by his childhood-friend Nirmala sudden disappearances. She is not to be found anywhere. To top it, even Babanya has disappeared into thin air.

These unanswered questions have already got Chahul’s viewers into a tizzy.

Amid these tensions Sarjerao has gone into flashback and he keeps narrating his childhood stories about Nirmala, whom Sarjya calls Nirrrrrrmala, to Jenny. There is no doubt that childhood memories are always special. Sarjya is getting restless as his search for Nirmala leads nowhere.

Is there somebody from Sarjerao’s family behind Nirmala’s unexplained, sudden disappearance? If yes, who is behind her disappearance?

Jenny too has been facing lot of problems after entering Sarjerao’s ancestral village and she has been surrounded by eerie happenings around her. The villagers too are raising too many questions about Sarjerao and Jenny and to silence them the family is planning to engage the two.

To get your answers tune in to Chahul on Colors Marathi.