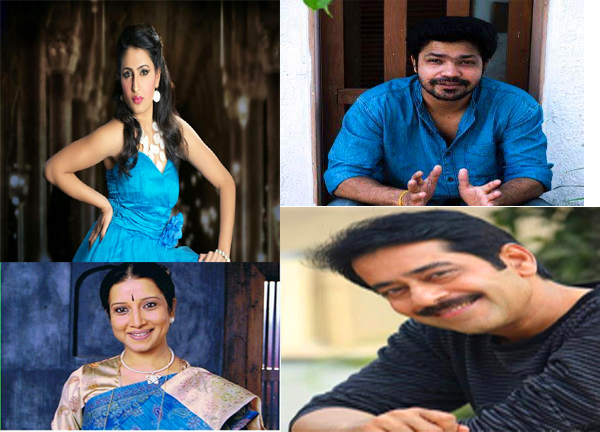 AIDS is Not Only About Sex

On the occasion of World AIDS Day, Marathi film stars create awareness about a disease that is mostly associated with sex
With the United Nations commemorating December 1 every year as World AIDS Day, actors from Marathi films, drams and television serials took upon the mantle of spreading awareness about one of the world’s most dangerous and fatal disease.These famous personalities expressed their views on using films, dramas and serials as a medium to create awareness among the masses who watch them every single day.
Actress-Poetess ‘Shilpa Navalkar’ said, “Nobody talks openly about AIDS in our society. The main reason,” Navalkar said, “is because we associate AIDSonly with sex. But there are many other reasons too why a person contracts this dreaded disease.” She pleaded that awareness should be spread in schools as well as colleges where the young should be imparted sex education. “Today we have included sex education in the curriculum of students but we still don’t impart scientific education about how one suffers from AIDS,” she said.
Actress ‘Namrata Gaikwad’ said, “it is a shame that in a country that prides itself on Khajuraho, we apply double standards while teaching children about sex.” Equating knowledge of sex with indecency, the actor said, “it is because of these social mores that youth have no understanding of sexually transmitted diseases.””It is important to shun illiteracy in such matters to help our youth lead a happy, disease-free life.”
Citing the role of films in creating such awareness actor ‘Suvrat Joshi’ said that movies play a crucial role in spreading the message.”We should prepare ourselves to get rid of ourselves of the taboo of AIDS,” he said.
Actor ‘Ashok Shinde’ said ‘AIDSawareness’ should be topic in schools where youngsters should be taught about the various ways in which a person can get AIDS and what are the preventive measures of the same must be taught.Shinde gave example of Salman Khan, Shilpa Shetty, Abhishek Bachchan starrer film Phir Milenge that dealt with the subject of AIDS in a very mature and sensitive manner.About imparting sex education in school, Shinde said, “the education minister ‘Vinod Tawd’e is a friend of mine and I will meet him to request him to start such programmes in schools.”