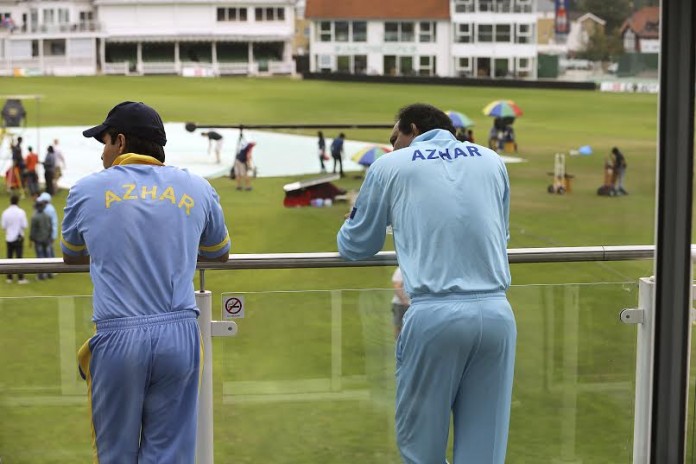 Emraan Hashmi who next steps into the shoes of  Azharuddin, in Azhar based on the life and times of the controversial cricketer, seems to have already unconsciously picked up the mannerisms of Azhar.
The actor got so deeply involved in his character ,that the crew members of the film including director Tony D’Souza and Emraan’s family and friends  have been telling him that his mannerisms off the camera ,bare an uncanny resemblance to that of the cricketer.

Says a source, “Azhar had a habit of bobbing/nodding his head while talking, and he also used to eat his food in a peculiar way. Emraanhad picked up those traits while shooting for the film, but subconsciouslyEmraan also has picked up these traits off camera as well. In fact ,he even shot a couple of videos imitating Azhar.”

Tony D’Souza, infact adds,” it was amusing to see Emraan and Azhar together because they both kept nodding their heads in similar fashion making the similarities far too obvious even when we were not shooting. ”