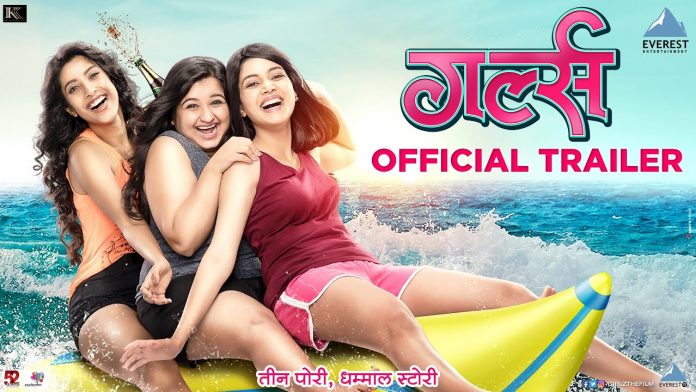 The much-talked about film Girlz has been in the news ever since its teaser poster launched. The curiosity among the audience further increased with the teaser of the film that hit social media a while ago and now, the makers have released the trailer of Girlz as well.

The response to teaser and poster received have doubled with the trailer which shows the three protagonists, Mati, Rumi and Maggi, living life on their terms. Their approach in life is that one should be confident about oneself and be free.

While the three girls are busy following this motto in their individual lives, they meet each other by chance and get acquainted, understand their approach towards life, bond and end up being good friends. The film, directed by Vishal Sakharam Devrukhkar, promises to be high on entertainment value. ‘Don’t find meaning in friendship. Instead, make the friendship meaningful’- a deep thought like this is conveyed through the film that makes a statement about human relationships. The makers say that this film will change your perspective of looking at your parents and will newly introduce them to you.