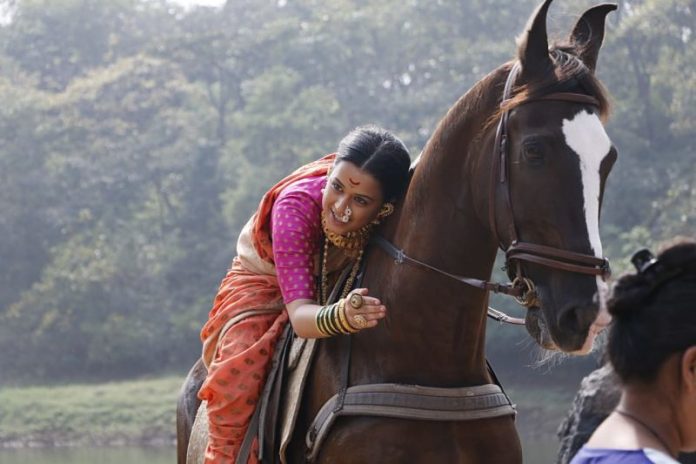 Marathi audience is very clear about the choices. They always appreciate real talent. Prajakta Gaikwad is one of the star TV actor who is getting loads of love from the audience. Presently she is playing the key role of Maharani Yesubai in a famous daily soap, ‘Swarajyarakshak Sambhaji’. This program is based on the life of a historical character, ‘Sambhaji Maharaj’. Prajakta is seen to be very focused on the set and her academics equally.
The audience has seen her before in TV serials ‘Laksha’ and ‘Nanda Saukhyabhare’ as a co-actor. In 2016 she essayed the character of ‘Sant Sakhu’ for a TV show ‘Tu Maza Sangati’ on Colors Marathi. She was offered with this role of Yesubai, the warrior queen of the Maratha empire not only because of her beauty but because of her dedication to acting.

In a recent interview given by Prajakta to a reputed media house, she shed light upon her real life. She completed her schooling in Hujurpaga Girls’ High School and Junior College, Pune. In her childhood, she used to participate in several cultural activities. She won a lot of prizes for best acting in Ekankikas and plays. Prajakta said that she has secured 92% marks in 10th class. She had bagged prizes from the board of secondary school certificate examination for scoring the highest marks in Sanskrit and Marathi. She got admission in government polytechnic college where she completed her three years diploma in computer engineering. When she was offered this role of Yesubai, she knew that her graduation is important to the same extent along with her career in acting. She signed this offer despite being aware that she would have to manage the strenuous schedule of the shoot to do well enough in studies.
A few days back she had shared a photo where she was seen in the costume of ‘Maharani Yesubai’ and reading notes on her laptop. There are some who give excuses for lack of time in their professional space. Prajakta indeed is a living inspiration for them.  She said, her classmates and teachers help her with the daily updates on lectures and notes.
In addition to the shoot and studies, Prajakta also has to hit the gym and watch her diet every day to stay fit and healthy.  She says, “Education is an integral part of a person’s life. Even if it is very challenging to manage I can cope up with the schedule of shoot and college only because of my interest in studies and acting.”
Prajakta Gaikwad is now set for a film debut. She will soon inform her fans with more insights about her upcoming film.