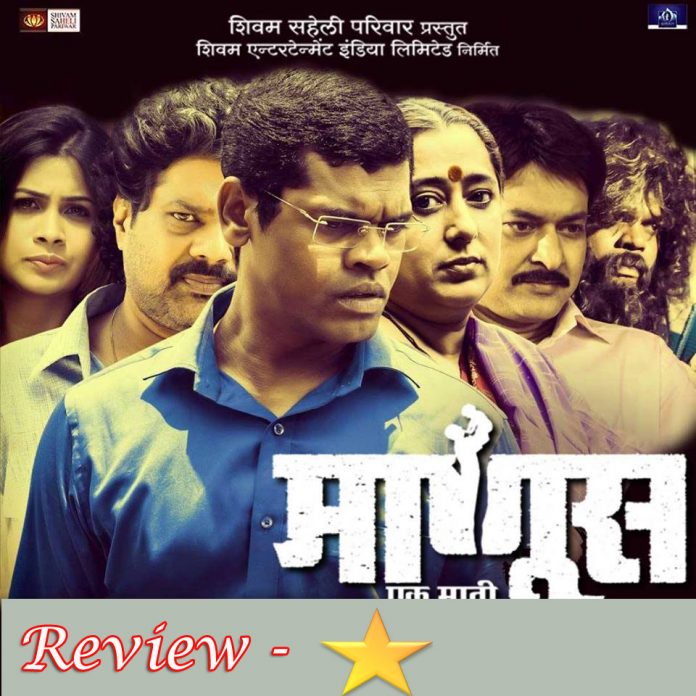 A long time ago, movies comprised of dance, songs, fighting scenes and a few tears and smiles. Showing such level of touching , innocent and nonchalant relationship between a dad and a son is the movie ‘Manus Ek Mati’. This movie sends a strong message saying parents are the real treasure. How parents sacrifice their everything to bring up their adopted son and how he grows up to become a brat and treats them bad and then later when he realizes his mistakes and when he becomes a father himself what happens has been shown in this movie.

In this movie many things have been put forward in such a way that they will reach rhetorically. A foreign return MS roams in villages, with this scene the director has out light on the issue of engineering students being unable to find jobs. The hero’s dad has only one friend in the village; with this the director tries to show that people only talk to others for their selfish needs. When the hero’s mother passes away enumerable people come to the funeral but the near and dear ones fail to come; is there any humanity left in villages and humans will never fail to disappoint such two things have been pointed out in this scene. Whereas even before the interval the change in the villeins behavior and him thanking the hero shows that people change but in the end it leaves us wondering who the actual villein is?

First doing then speaking such a concept is shown in this movie. First there’s an item song and then we get to know that it was villeins party. When the hero sings Hindi and Marathi mixes it seems that he’s a brat, but no, he studies under trees, canteen, corridor and he gets the first rank. The hero gets the heroine home and then his father had insulted him. Even if the hero calls himself a son of a poor farmer the heroine’s rich father calls him middle class. This shows that farmers are now included in the middle class and the riches have no clue about the farmers. Even though it’s shown that she’s alone in the three storeyed bungalow later it’s shown that Ramukaka has witnessed the accident that happened with her. Through this we get to know that the servants have an eye on what the owner is doing. The biggest lesson being that no matter what the parents sacrifice to keep their children safe but when the wife enters in the house, the son follows her blindly. So be it!

There are many movies based on son and father relationship. If a straight instead of a twisted way of conveying a message would be used then maybe it’d be a better movie. To make the characters come to life it takes patience and due to lack of efforts taken many characters appear as if they are puppets. If you really wish to watch this movie then you should watch it for Ganesh Yadav. To give his child every happiness without letting him know about the struggles he’s making; he has played this role wonderfully. His mother has been played by Harsha Gupte; she had portrayed a simple, down to earth, sacrificing mother pretty well. Siddharth Jadhav and Ruchita Jadhav are there in this movie, thats all!