Just when we were gathering ourselves from the captivating teaser of ‘Ranangan’ where only glances were shown of the characters which built the great curiosity and now to add the more bewilderment Swwapnil Joshi’s look in his next movie Ranangan has been revealed.

Swwapnil Joshi the chocolate boy of our Marathi industry is always shown being the guy next door and the guy every girl desires to have but now with the movie ‘Ranangan’ it might change because of his new look which is surely very compelling but is negative at the same time and we might see him playing the darkest role of his career in this movie. We can’t even predict the intensity of his role with this look. Now the whole scenario is uncertain with his look but we definitely can tell that it would be the strongest character played by Swwapnil. 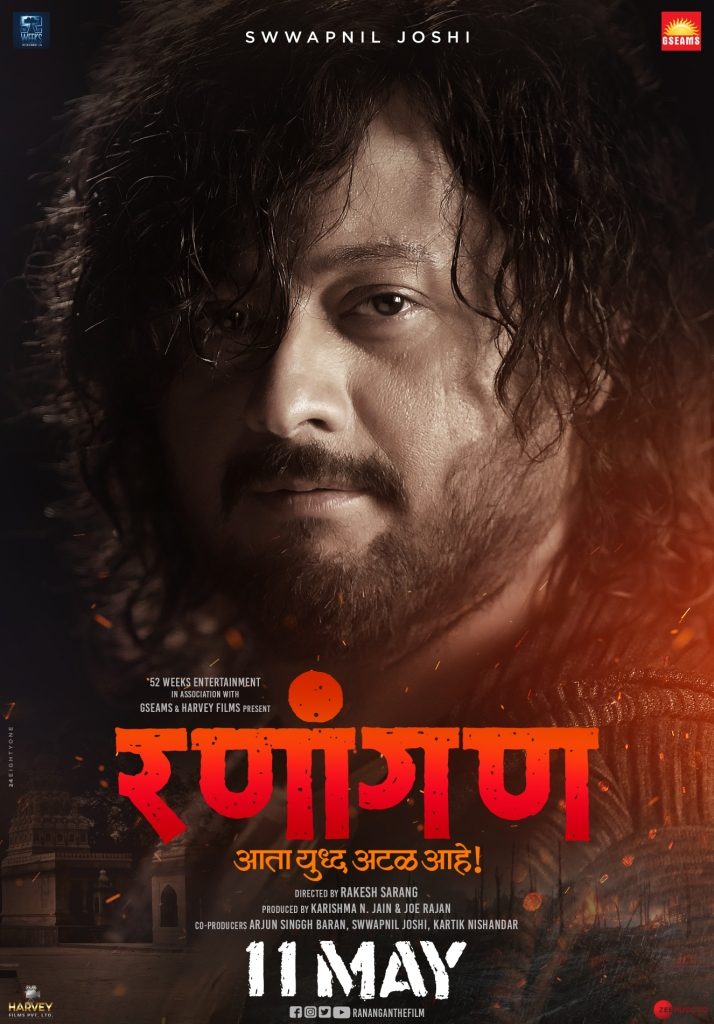 Ranangan is presented by 52 Weeks Entertainment, in association with Global Sports Entertainment and Media Solutions (GSEAMS) and Harvey Films being produced by Karishma N. Jain and Joe Rajan and co-produced by Arjun Singgh Baran, Swwapnil Joshi and Kartik Nishandar and directed by Rakesh Sarang.

Ranangan being a multi starrer film is yet to reveal other characters too which includes Sachin Pilgaonkar, Siddharth Chandekar, Pranali Goghare and now seeing a look of Swwapnil Joshi we can’t help but to get more and more curious!