New Marathi serial “Kunku, Tikli ani Tattoo” has recently visited the audience on Colors Marathi, which has been loved by the prime time viewers. On one hand, there is Kulkarni house where Vibha Kulkarni has a typical traditional mentality, who thinks – Woman should behave like woman…and should stay within the limits! In this series Vibha’s character resembles as Kunku. Even her daughter-in-laws don’t dare to oppose her, and live within the designated set of limits. This house is a typical traditional house. On the other hand, there is Raama, who is present generation girl, who is efficient, have self-esteem and self-reliant girl, which resembles Tattoo. But now things are going to change in this series, as Vibha’s son Raj will be getting married to Rama, which means, now Tattoo will enter into this typical traditional house. Now the audience will experience the real clashes between the traditional and modern thoughts. Will Rama’s and Vibha’s frequency match? Will Rama change the traditions of the house? Or will Vidha get better out of Rama? Will this wedding get settled smoothly? Or is there any twist yet to reveal? This and many more questions are murmuring in the head of audience, which will soon be cleared in upcoming episodes of Kunku, Tikli ani Tattoo. So to miss to watch Raama – Raj wedding, and all the fun after that, in episodes of Kunku, Tikli ani Tattoo, on April 23 only on Colors Marathi at 8.00 pm. 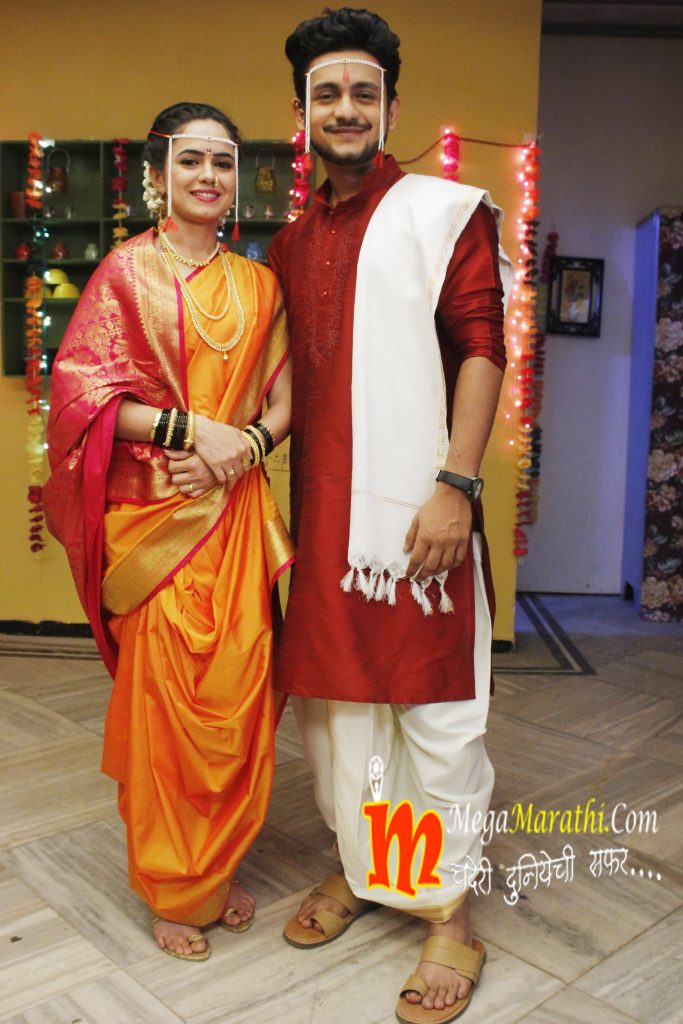 Rama has deserted her own happiness for her elder sister and is getting married to Raj. Her father has also accepted Rama’s condition of allowing her elder sister to marry a boy that she loves, on which Rama has agreed to marry Raj. While on other hand, Vibha agreed to this marriage, just because she don’t want to hurt her son’s feelings by refusing the marriage. Vibha has a full-fledged idea that, Rama will not stay in Kulkarni’s house for longer, as she is not interested keeping relation with Raj. Now the important question is will the wedding be hosted in traditional way or in a modern way? With this marriage, two completely different identities will come face-to-face. What will be its effect on the house? Will anyone compromise their values for the house? Or will the house be scattered into bits due to Rama-Vibha? Or will Kulkarni family accept Rama as she is? This all will be exciting to see.

The Nimbalkar family of Colors Marathi family i.e. Radha, with her parents and Prem Deshmukh will also join this marriage. So do not forget to watch Rama – Raj weddings in the series “Kunku, Tikli ani Tattoo” on April 23 only on Colors Marathi at 8.00 pm.