Gajendra Ahire, one of the renowned directors from Marathi film fraternity has always given quality films like Shasan, Bioscope, Pinani, Nilkanth Master etc to the audiences and hence the Audiences eagerly look forward to his films. But now the wait is over. 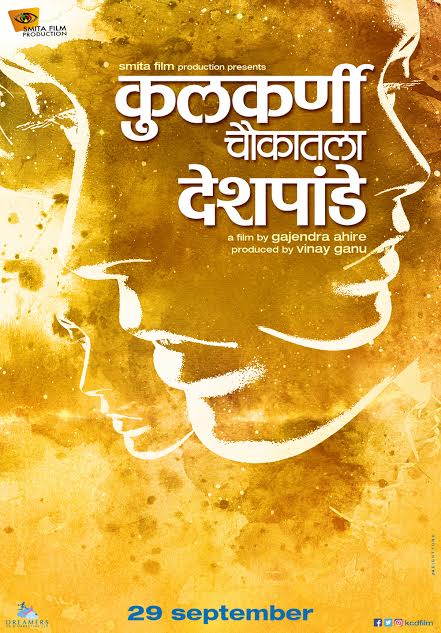 On the auspicious occasion of Akshaya Tritiya, Gajendra Ahire announced his upcoming film ‘Kulkarni Chaukatla Deshpande’ with an amazing teaser poster. The film presented by Smita Production and produced by Vinay Ganu is slated to release on 29th September 2017. Although the star cast of the film hasn’t been announced yet but the name and the teaser poster of the film has surely raised the curiosity of the audiences.