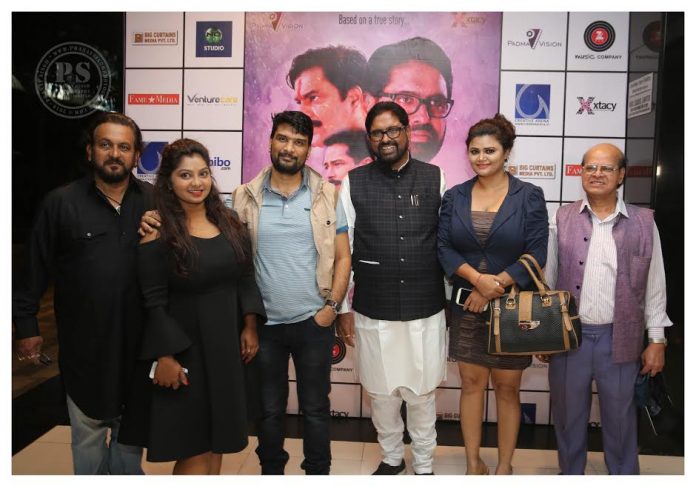 Atul Kulkarni’s ‘Aasra’ is The Voice Of The Homeless

‘Can someone give me shelter?’ Do you remember this heart-rending cry from Nat Samrat’s Appsaheb Belwalkar?

Thousands of poor people in Maharashtra still echo the same question as they look askance at the state governments that have ruled them in the last three decades. ‘Aasra’, or shelter, directed by Raj Sagar is a direct assault on how slumdwellers are taken for a ride by those developing slum rehabilitation schemes.

The film, based on real-life story of producer Sadanand Shetty, a Congress corporator from Pune, not only portrays the lives of such poor and how they get duped in SRA schemes but also shows the way how such schemes need to be actually implemented on the ground.

Atul Kulkarni, Rahuveer Yadav, Ashok Samarth, Sunil Pal and Omkardas Manikpuri have given wings to the woes of the slumdwellers in Aasra that released all over Maharashtra December 2. Produced by Padma Vision and Shetty himself, the film is penned by K M Shankar, dialogues by Anand Sharma and screenplay and direction is credited to Raj Sagar.

Interestingly, apart from the lead actors, none of the other credit cast are real life slumdwellers and the film has been extensively shot at real locations based on Shetty’s experience with slum redevelopment at Pune’s Mangalwar Peth area.

Speaking at the release of the film, Shetty said, “Aasra is based on my fight for justice for the SRA beneficiaries. I have myself experienced many of the scenes in the film. Even today, slumdwellers have been denied their fundamental right for decent housing. Aasra as given voice to these voiceless people and I am sure this film will be praised by the viewers.”