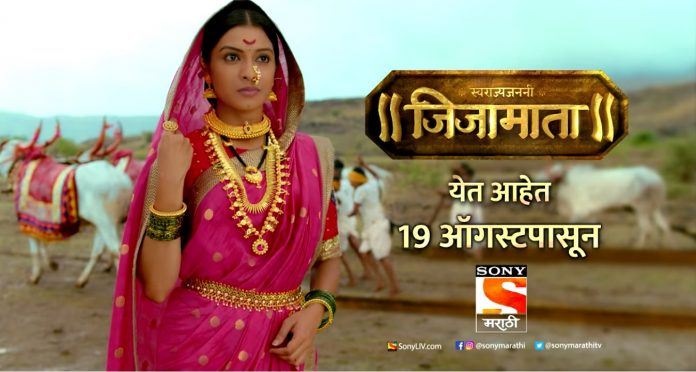 The protector and the chivalrous king of the Maratha empire Shivba was undoubtedly the son of Jijamata who moulded him as a brave king.Wherever The bravado of Shivba is spoken for the valor and teachings of Jijamata are spoken of in the same breath. From the
transformation of Shivba to Shiv Chhatarapati was entirely the making of Jijamata and on account of this historic show SONY MARATHI salutes the brave valor of the mother to the king Shiv Chhatrapati ,Jijamata and will portray her life on this show. Sony MARATHI which produces different kinds of shows will bring this show to its viewers the life and times of this royal queen Jijamata from 19 August.

A small teaser of this show was showcased on SONY MARATHI recently. Marathi viewers
have always been fascinated by historical shows. And as a continuing instance of such a historical show is Jijamata which will highlight the greatness of the queen on SONY Marathi. The show is produced by Dr. Amol Kolhe of Jagdamb Creations. This is one more historical simile of Dr. Amol Kolhe and historical content which consists of plays and TV shows. In this show the whole life of Rani Jijamata will be unfolded on the small screen by actor Amruta Pawar which will truly be a fascinating performance. This will be a second historical show from Jagdamab Creations after Swarajya Rakshak Sambhaji and this show will be an challenge of huge proportions for the makers. Dr.Amol Kolhe says, “The dream of a Maratha kingdom by Shahajiraje was fructified by Rani Jijamata who moulded her son Shivajiraje and has been told in the historical magnum opus show ON SONY MARATHI and this show will not only be of a historical value but also with entertainment value which
is an enjoyable thing and with good cultural values and all the daughters of Jijabai will give a sign of pride”.