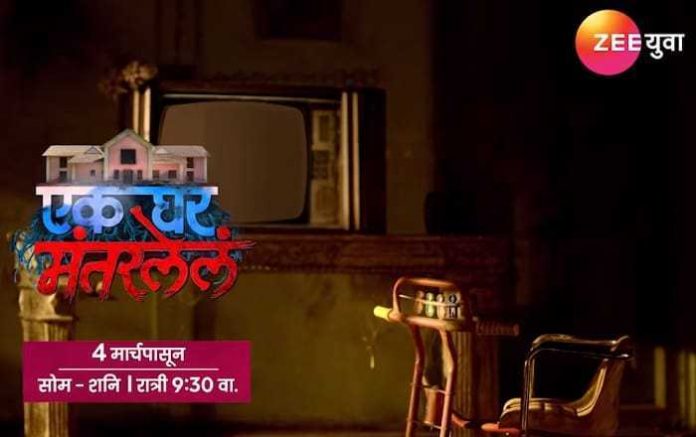 The star pair of Suyash Tilak and Suruchi Adarkar which was popular in the ZEE MARATHI series ‘Kaa Re Durava’for a long period and then they were noticed in their popular play ‘Strawberry’. The ‘Durava’ between Suyash and Suruchi is over now.. And now this star pair will be seen in the horror thriller show ‘ Ek Ghar Mantarlela ’ on ZEE YUVA. All people are fascinated by the prospects of a good house and everyone is drawn towards it and generally there is one specific house which attracts you towards it and this thought is so suspenseful as is the show ‘Ek Ghar Mantarlela ’ on ZEE YUVA.

This suspenseful and dark thriller show ‘Ek Ghar Mantarlela’ will start on 4 March Monday- Saturday at 9.30 pm on ZEE YUVA. Suruchi is playing the role of a news reporter  but there is a secrecy about the character of Suyash Tilak which has not been revealed yet. But his role will be powerful , different and very relevant to the show. But now this star pair is returning to the small screen with their strong chemistry and the viewers will no doubt will be expecting eagerly to see this star pair and the show. This very different show and the star pair of Suyash and Suruchi in different roles will be appreciated by the viewers.