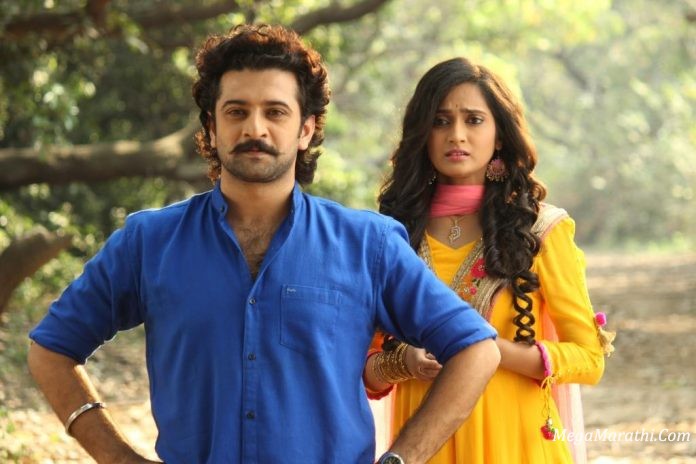 Ever since its inception, Star Pravah has been bravely experimenting with its content. Living up to their name they have actually chosen to back hatke serials. Be it a social drama like Nakushi or a thriller like Duheri, they haven’t shied away from breaking conventions. And their efforts have been widely appreciated by their viewers as well.

With such a reputation, their loyal audience is always curious to know about their upcoming shows. The standard that they have set for themselves are high, but it is to their credit that every new show has been able to live up to that standard.

Promos of an upcoming serial on the channel have been creating quite a buzz, and that serial is Chhoti Malkin. Now, the buzz is mainly due to the young, fresh and charming actors in the promo. They share such a chemistry in promos itself that the audience are already rooting for them!

The gorgeous girl playing the titular role ‘Chhoti Malkin’ is Aetasha Sanzgiri. The strong screen presence that she exudes in the promos might have you feel that she already has a few serials under her belt, but it’s the young actress’s very first lead role.

The acting bug caught Aetesha and she quit a steady job and decided to take the plunge. Fortune favours the brave, they say, and pretty girl was rewarded for the risks she was willing to take just to fulfil her dream of becoming an actress. Her confidence and acting talent bagged her a lead role, no less, in a prime time TV show in Star Pravaha!

Aetesha would be playing the heroine ‘Revati’ in the upcoming serial. She is the find of Dashami Creations who roped her in to play the lead role in her very first TV show itself. Very few actors are fortunate enough to work alongside veterans like Dr. Girish Oak, but Aetesha should thank her stars that she has already got such an opportunity.

The handsome Akshar Kothari would be seen in the role of ‘Shridhar’ opposite her. Girls all over Maharashtra go weak in the knees whenever they see this mustachioed hunk. It remains to be seen, though, if Shridhar manages to win our chhoti malking Revati’s heart with his dashing personality.

Though on the surface it might look like a typical rich girl-poor-boy romantic drama, but the promos of the show promise us a lot more. Let’s not forget it’s a Star Pravah show, after all. Shridhar isn’t any poor boy, but a determined young man with a lot of self-respect. Revati, too, might be a spoilt daughter of a rich landlord, but she doesn’t look down upon someone else only because he belongs to a lower-class.

The promos have already generated a lot of excitement and people can’t wait to watch the first episode Chhoti Malkin will be telecast on Star Pravah from 19th March at 9pm. In case you happen to miss one, all the episodes will also be available on Hotstar.

Actor Akshar Kothari, who has made an impression through his acting in the Marathi industry, will now appear in the new series of Star Pravah titled as ‘Chhoti Maalkin’. In the upcoming serial Akshar will be playing a character named as ‘Shridhar’, where he will be seen in a completely fresh look, away from a clean-shaved personality into playful character with mustache. His fresh look will certainly attract audience. As always, Akshar has worked hard on his looks for Shridhar, present his character in Chhoti Maalkin.

Akshar Kothari has an old relationship with Star Pravah. He made his debut from the Star Pravah series ‘He Bandh Reshmache‘. After that, he was also star cast of another serial ‘Aradhana’ on Star Pravah. Both of them gave him recognition as a great actor.With the upcoming serial ‘Choti Maalkin’, Akshar is making his comeback on Star Pravah. He expressed his feelings like he is feeling like a child coming back to his home, after studying abroad for long time.

Speaking about his character ‘Shridhar’, Akshar said, “I take extra affords on my looks and presentations so as to look different and unique from every character. Fortunately, my thoughts have went right till date, regarding my looks. When the story of the ‘Choti Maalakin‘ serial came to me and after reading the ‘Shridhar’ character, an image of his was created in my heart. In it, I thought Shridhar should possess mustache. ‘Shridhar’ is youngster from in a small city and since I belong to city like Solapur, I could think of Shridhar’s way of day to day living. Therefore, I tried to grow mustache, and when I presented myself in this look with mustache, even the creative team agreed my imagination of Shridhar to have mustache and the look was finalized.” (Also Read – ‘Shatada Prem Karave’ An Upcoming Serial on Star Pravah ! )

“Star Pravah had given the first opportunity to me as an actor. So, my relationship with Star Pravah is very important and closest to my heart. I feel like coming back to home, with upcoming serial ‘Choti Maalkin’. Like my previous serials ‘He Bandh Reshmache’ and ‘Aradhana’, I am sure that audience will love this serial”, said Akshar.

Choti Maalkin will go on air, from March 19, Monday to Saturday at 9 pm on Star Pravah only!