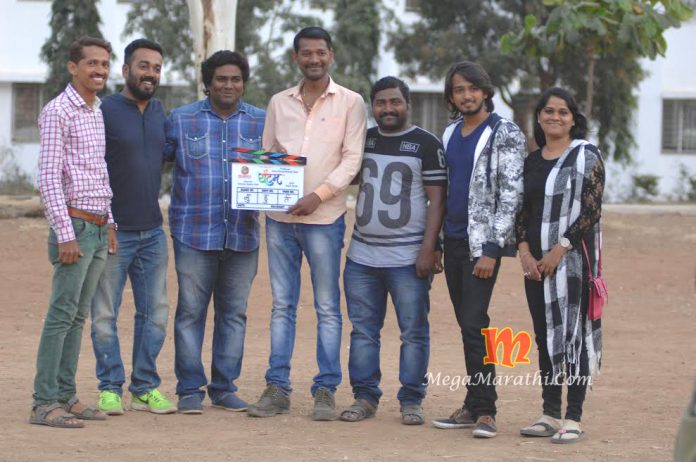 Sayaji Shinde and Bhau Kadam in Junnar for Yuntum

You must already be knowing that the man who gave you ‘Chaurya’ will be directing ‘Sayaji Shinde’ and ‘Bhau Kadam’ for Yuntum, the shooting for which is already in progress in Junnar.

Amol Dnyaneshwar Kale of Shardul Films, who had produced the hit ‘Dagadi Chaawl,’ will once again take the mantle of production in his hands for Yuntum.

The film recently did it muhurat in Junnar and has rolled out its shooting too. 92 debutant actors will get a chance to show their mettle to veteran actors of the Marathi film industry like Sayaji Shinde and Bhau Kadam, who will be leading the star cast together for the first time.

The producer-director duo of ‘Amol Dnyaneshwar Kale’ and ‘Sameer Asha Patil’ has given a golden opportunity to 92 debutants who will be wanting to make it big in the Marathi film industry.

“Doing a film like Yuntum is a challenge for me. My wish of bringing together the finest of actors and technicians is being fulfilled with Yuntum and we all are working very hard for its success.

If you are wondering what Yuntum means then let us bring it to you that it is a common word used in rural Maharashtra. Yuntum is a musical film and with it one of my wishes will turn into reality on the silver screen and I am sincerely grateful to Amol Dnyaneshwar Kale for giving me an opportunity to fulfill my wish. I feel confident that the film will be loved by the people,” said Sameer, the film’s helmsman.