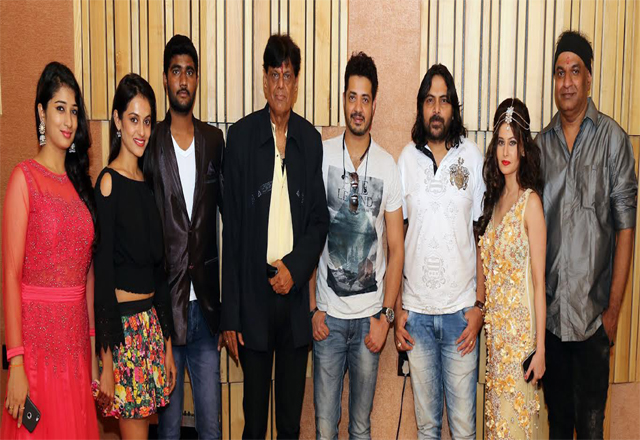 In Marathi cinema, along with its novelty, good topics are also being selected. With effective stories and the novelty in handling them, Marathi movies have drawn the attention of cine goers beyond the seven seas. Vishakha Media Works produced and Nikki Batra directed, the movie VALAY with a different and distinct style, celebrated its muhurat with the recording of a song. At the function the artistes and technicians with Hon.Padmashree Guru Afsar Khan were present.

A love song sung by Swapnil Bandhodkar “Tujya Premat man he maje guntle” was recorded on this occasion. Prakash Prabhakar has penned the lyrics and also given the music. Swapnil Bandhodkar believes that the song would definitely touch the hearts of the listeners.