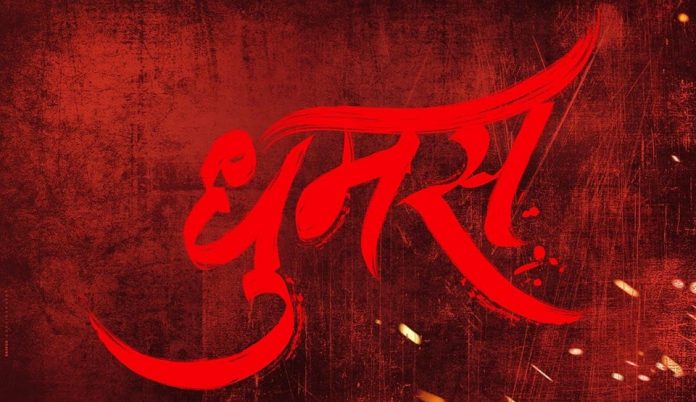 The teaser of the much talked about action packed film ‘Dhumas’ was released recently on the social media. The film which makes a comment on the social and political scene is produced by the young leaders of  Maharashtra Uttamrao Jankar and Gopichand Padalkar and they are also making their acting debut in the film under the banner of Garud Films and directed by Shivaji Doltade .

The social issue reality shown in the film and enacted by Uttamrao Jankar and Gopichand Padalkar who are real life heroes and have enacted brave action scenes much appreciated in the teaser on social media and its much talked about. Their debuts are arousing much curiosity among the audiences especially since they are real life leaders. The other cast comprises of Bharat Ganeshpure, Kamlakar Satpute, Rohan Patil, Sakshi Chaudhary, Vishal Nikam, Krutika Gaikwad, Anil Nagarkar,etc.

The large canvas of cinema in the South and Hindi films  and the mammoth action scenes will be seen in this Marathi film ‘Dhumas’. Uttamrao Jankar and Gopichgand Padalkar are the producers of the films along with co-producer D.Govardhan. The lyrics are by Avinash Kale and music is by P.Shankaram and the playback singers are Sonu Nigam, Shreya Ghoshal, Avdhoot Gupte, Vaishali Samant, Adarsh Shinde, Divya Kumar, Vaishali Mhade, Kavita Ram and the technical aspects are handled by the experienced and talented technicians from the South. This issue based film on social issues will release soon in Maharashtra.