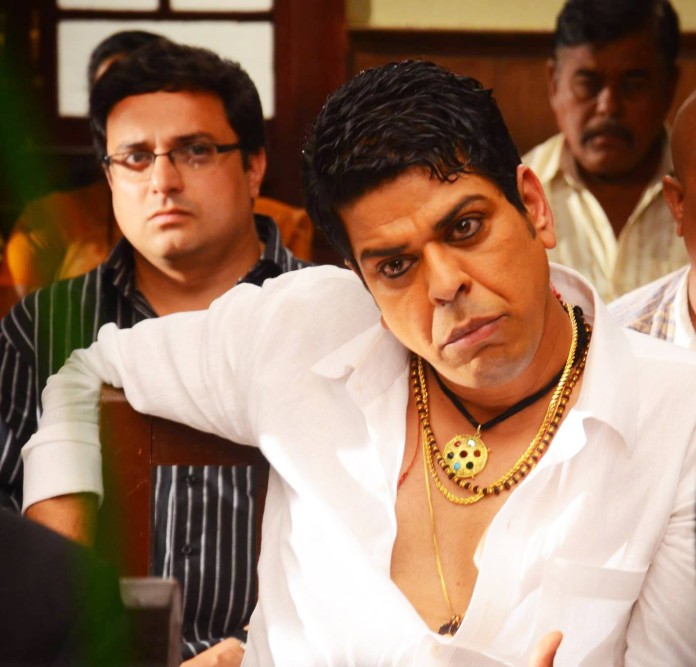 Movies are incomplete without a super villain. Though things are changing radically in M-town, a typical movie saga is incomplete without a happy ending where the makers ensure that the hero gives a good dosage of bashing to the villain before the end credits start rolling.

‘Guru’, the latest masala blockbuster by Sanjay Jadhav is doing quite well across Maharashtra. No doubt, lead role and the ultimate style Guru Ankush Chaudhari has done a fantastic job, perhaps, one of the best in his career, and has received praise from all around. Especially the fight scenes performed by Ankush are very well appreciated by the viewers. But one character, though in a negative role has won millions of hearts.

The surprise element in the film – Murli Sharma, who truly outshined expectations in his ‘ManSingh’ role has done a perfect job in his portrayal of an ‘extortionist’, a ‘local politician’ and also a ‘comedian’. All three characters have been excellently blended into one and delivered beautifully by him. His expressions, especially in his eyes, his dialogue delivery, and body language have made him one of the finest villains in M – Town. His eccentric portrayal is fear-inducing as well as humorous. Viewers are totally loving this new M – Town villain.

When all are praising Ankush Chaudhari’s performance in Guru, it must be noted that Murli Sharma who has infused life into his role and given it his best deserves to be the talk of the town.