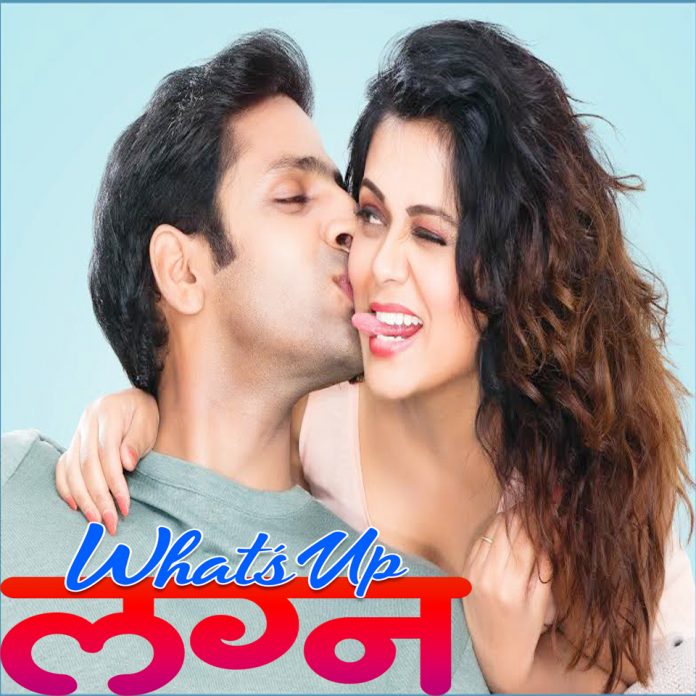 A superhit pair Vaibhav Tatwawadi and Prarthana Behere is ready with their upcoming venture ‘What’sup Lagn ‘. This romantic pair had already worked for Coffee Aani Barach Kahi. The movie is produced by Natsamrat‘s Producer Vishwas Joshi and Duniadari presentor Nanu Jaysinghani. The movie is expected to release on this valentine on 9 February 2018.

On the auspicious occasion of Dashhera, the release date of movie is disclosed. Being release date is already announced, the overlapping of Marathi movies will be avoided. The movie is directed by Vishwas Joshi, who had already produced Marathi Movie Natsamrat. Fincraft Media and Video Palace Presents Whatsup Lagn releasing next year. Recently shooting of the movie has been completed and post production works are started.