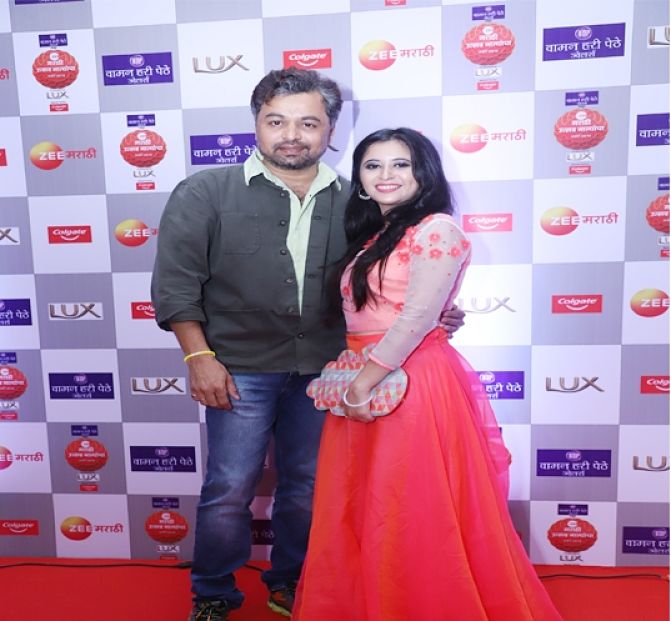 With the advent of festival Diwali, the audiences are keen to know the winners of ZEE MARATHI AWARDS in an explosive function to ascertain who will be the Best Character in a show, The Popular lead in a show, Popular leading lady in a show and the Best Show and many other such questions. In the same ways fans of other shows like ‘Majhya Navryachi Bayko’, ‘Lagira Jhala Ji‘, ‘Baaji‘ ‘Tula Pahate Re‘ and Tujhyat Jeev Rangla are also in the competition and it will be a fight to the finish.

Zee Marathi has completed 19 years and is a youthful entity and that’s the reason the Award Function was more colorful and glitzy and the show ‘Tula Pahate Re‘ bagged 9 awards and ‘Majhya Navryachi Bayko‘ bagged five awards and one special prize was awarded to ‘Swarajya Rakshak Sambhaji‘. The awards nominations had votes from the audiences in huge numbers and the star pairs in ZEE Marathi shows presented a scintillating dance performance at the awards show and the actors from various shows played the musical game in a different format Antakshari, the punch packed performances of child stars and the excellent comic show put up by the cast of ‘Chala Hawa Yeu Dyaa’ and the very good anchors Sanjay Mone annd Abhijeet Khandkekar who took the event to great heights.

This sizzling show and energetic performances based awards show will be telecast on ZEE Marathi and ZEE MARATHI HD on Sunday, 28 October at 7 pm