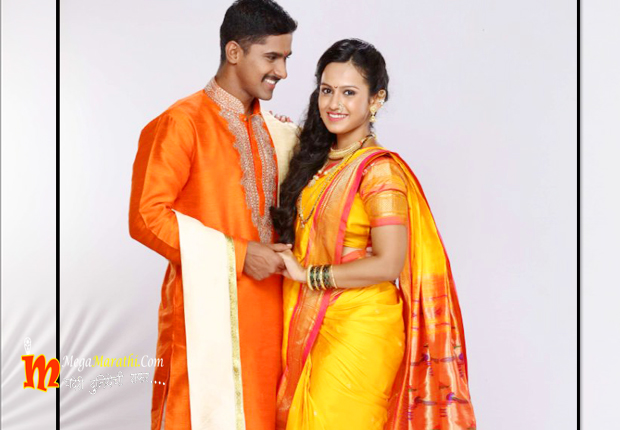 “Jithe Marathi tithe Zee Marathi“, this policy of Zee Marathi being at the core center, Zee Marathi has not only remained as a channel but it has become an integral part of every Marathi family. The popular series on Zee Marathi, ‘Lagira jhaala ji’, has given a lot of love to the audiences. Along with Aajya and Sheetal, every character in the series has made homes in the minds of the audiences. In recent episodes of the series, Sheetal and Ajinkya’s auspicious wedding took place in a group wedding. Overcoming many difficulties, Sheetal and Ajinkya came together. But will the people around them allow their world to be happy ? This question marks everyone’s mind.

After the marriage, Sheetal will celebrate her first ‘vatpournima’. All married women worship this tree on this day to get good health and life for their husbands. But on this day of ‘vatpournima‘, audience will be able to see a different turn in ‘Lagira Jhala Ji’. Before Ajinkya gets posted, they both get happily married. Undergoing many ups and down, Sheetal and Ajinkya are trying to balance their married life and their family situations. And suddenly Ajinkya’s posting letter arrives on the day of ‘Vatpournima’. Sheetal was little upset with the idea that the two lovers, who had just come together, will have to depart as Ajinkya had to go on border to serve his country. But till the time Ajinkya is in town, he decides to give all his time to Sheetal.

Will Shetal and Ajinkya’s happy married life continue to be smooth? What else turns would they face in their life ? This is what the audience will see in the next few episodes.