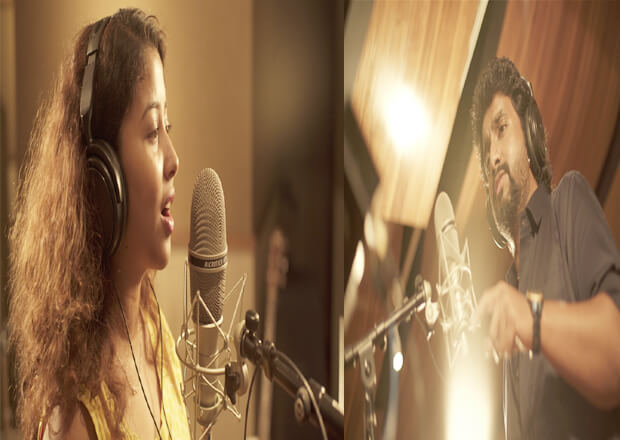 Saptasur Music Company and Megha Ghadge’s “Kata Kirr” is a famous song we know. This song from Adarsh Shinde has shocked social media for the past few months. From many movies, we have experienced the magic of the voice of Adarsh Shinde. Either it be the song “Deva Tujhya Gabharyala” from DUNIYADARI or the song “Morya” from Dagadi Chaawl, Adarsh has given a different meaning to it. Mangesh More created the “Kata Kirr” song by Saptasur music Company and Ashish More has composed it. “Kuladaivat Maharashtrache” is the first music album of the Saptasur music company and it consists of 15 songs of devotional songs. Khandoba’s mantra is introduced for the first time by music company. The “Katakirr”, was created after this.

This team of Katakirr is coming with a song of Ganapati. Ganpati is our favorite of all and his welcome has started in a great joy. The name of this song is “Morya – Tujhya Navacha Gajjar” and the song was recorded at Enzy Studios. “Aadi Tu Anant tu, Tu gananayak, Shivsuta Girijatmaja Ala” Amitabh Arya has written the lyrics.

More Ashish has composed the music for this combination and ganesh satardekar is the organizer of everything. In the song where Lord Ganesha is praised we will get to hear Adarsh Shinde along with Anandi joshi. We have heard Anandi Joshi in movies like
“Duniyadari”, “Double seat”, “Pindadan”, “Narabachi Vadi”, so Ashish more has worked with Shaan,Kunal Ganjawala, Javed Ali, Suresh Vadakar, Amrita Fadnavis. Ashish More’s “Ek Amcha Bana” is a song that has been popular as the pride of Maharashtra, and has received good response from the audience. The ganpati song of Adarsh and Anandi will be launched soon.