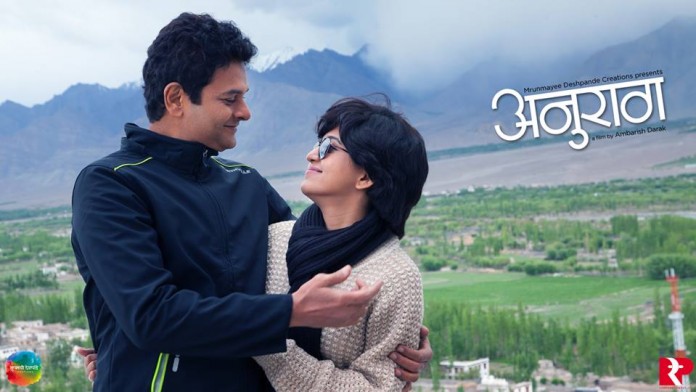 “Anuraag” This film talks about midlife crisis in general. The story revolves around a couple who after certain years of their marriage are trying to explore it again from the point they started. This film is the first Marathi film to be shot entirely in leh ladaakh. This film has principally only two characters.
This is the first film to be shot at the altitude of 18500 feet at changla baba.
The lead pair of film is Mrunmayee Deshpande and Dhatmendra Gohil.