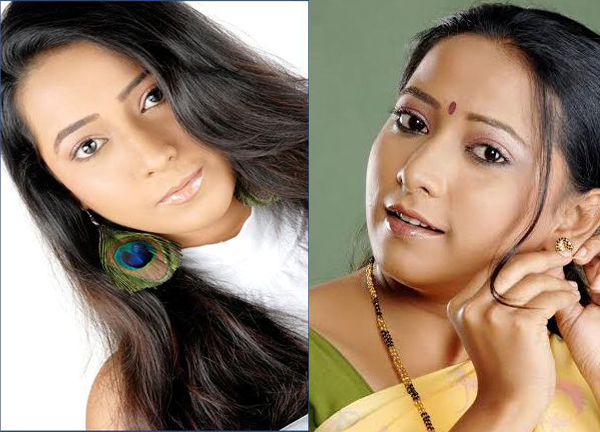 Scared of water, But Love The Sea : Namrata Kadam

A Std VI girl, who wanted to become a doctor till then, raised her hand in school, out of curiosity, when her teacher asked ‘who would like to act in a drama?’

Little did this innocent girl know that this moment would become a defining moment of her life. As destiny would have it, this little girl, who we today identify as Namrata Kadam, took the first baby step at 12 into the world of theatre and since then has successfully acted not only in television serials but also in Marathi and Hindi films. And, Namrata gives the entire credit of her cinematic journey to her teacher from Bal Mohan School, Vidya Patwardhan, who popped that question to her in the class.

Interestingly, Namrata, a Mumbai girl, had a cake walk in the TV and film industry, unlike many of her compatriots, who do not belong to the City of Dreams, and who can narrate their stories of struggle and success in this industry. But, despite being born with a kind of silver spoon in her mouth, Namrata should be credited with her dedication and devotion to the trade that she chose almost by chance at school.

While many of us get golden opportunities in life not many, like Namrata, make the most of those opportunities. As proof of her dedication, devotion and hard work Namrata played important roles in acclaimed director Sai Paranjpe’s serials Baldoot and Behna. She also acted in renowned director Jabbar Patel’s biopic Dr Babasaheb Ambedkar.

As a teenager she furthered her career by doing commercial theatre making a name for herself in Take It Easy, ‘Bhool Bhoolayya’, ‘Me And Mrs’.

At 16, she played Shreyas Talpade’s love interest in Abhal Maya, a love triangle. In quick succession Namrata etched herself in the minds of the people by acting in serials Kalat-Nakalat, Agni Shiksha, Lakshman Resha, Pinjra, Be Dune Daha, Kasturi, Pudhcha Paul. Her fans have praised her role as ‘Kumud Vahini’ in ‘Pasant Aahe Mulgi’.

With ‘Aa Muskura’, Namrata made her debut in Hindi films at Australia’s ‘Melbourne International Film Festival’. Her role in Hindi drama ‘Kanupriya’, that was directed by Mitali Joshi, too received rave reviews.

She debuted in 2006 with Marathi film He Porgi Konachi and then followed it up with ‘Pyaar Wali Love Story’ and the much-successful Ventilator. Not just that, Namrata was the associate casting director under casting director Rohan Mapuskar for ‘Ventilator’.

“I worked behind the camera for the first time but then it helped me gain more knowledge about film-making,” said Namrata.

Currently, Namrata’s brand new ‘Ek Shunya Teen’ play is being lapped up by the audiences across the state.