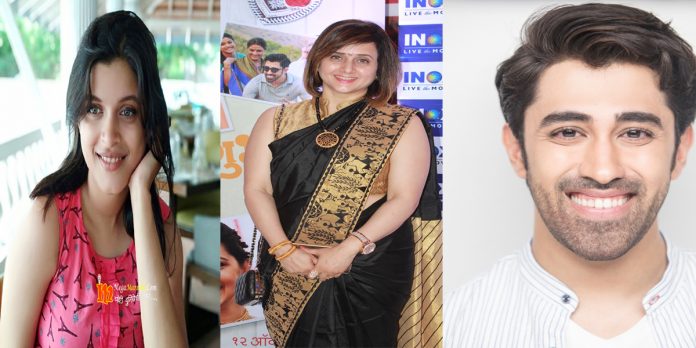 How did you bag this film?

I was doing a film with Subodh Bhave called ‘Conditions Apply’ and the director of the film told me that there was this role of a sister but an important one in ‘ Shubh Lagna Saavdhaan ‘ and I showed them my pictures and gave an audition and I was on board for the film.

I was into theater and did many commercials where I was noticed and so bagged this film.

What is the story of the film ‘ Shubh Lagna Saavdhaan ‘?

It is a fun film with a marriage as its theme and since it is a destination wedding in a resort in Igatpuri, we had loads of fun.

It was great since I had already worked with Subodh Bhave and shared a comfort level with him and Shruti was the most helpful to me friend on the sets. The Dubai shoot was very enjoyable.

Where was the film shot?

The film was shot completely in a 15 schedule in a posh resort in Dubai..

Igatpuri and Dubai, but not all of the cast shot in Dubai.

I have a film called ‘Dil Dimaag Batti and ‘Nidray’ coming up.

I have a film called ‘Runn’ coming up.

Trupti Puranik –  (Presenter of the Movie)

How did you get into cinema profession?

How was this project conceived?

I liked the story of the film and when Subodh Bhave and when Shruti Marathe came into the picture we had a viable proposition.

You have shot in exotic locales?

We have shot in Dubai, Abudhabi and Igatpuri and the results can be seen on the screen.

Are you satisfied with the results?

I am planning my second film and will announce it soon.