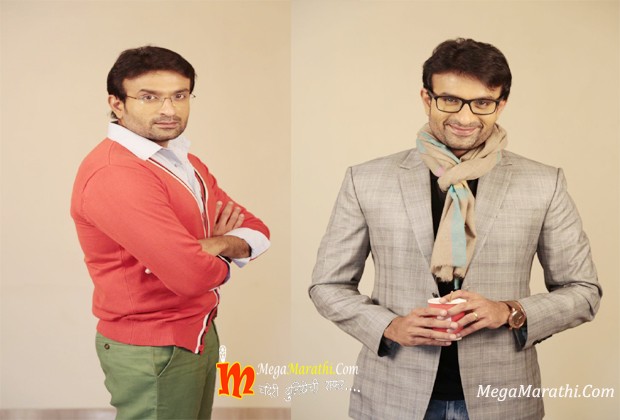 1. Take us through your journey so far. What made you do a comeback in acting?

I am closely working in two very dynamic fields; entertainment and computer tech.My journey in entertainment industry started with intercollegiate theatre for which I won several best actor and best play awards.

During the final year of college, alongwith one of my college buddies, I started a theatre production company, under which we produced several successful and award winning plays like Mukkam Post Bombilwadi, Sangeet Lagna Kallol, Makeup, Sakhya etc. We were the youngest and consistently ranked successful independent production companies working on Maharashtra theatre circuit at that time for which won Young Entrepreneurs Awards. Recent productions are the known ones, Mr and Mrs, Strawberry and Ek Shoonya Teen.

Simultaneously,I was working as an actor, director for shorts, documentaries and feature films. One of the films which I directed ‘Tyre Ki Hawa..’ got selected at international film festivals and won awards in national short films competitions. This was seen by several known personalities from advertising fraternity. This opened doors for me to the advertising world, and I started working as a freelance director for various reputed advertising film companies and brands.

I also have co-produced and directed the Marathi feature film Haapus, which went on to become the highest grosser of the year.

Alongwith media and entertainment field, I was also working very closely on computer tech and programming with few of my techie friends. And cofounded an IT firm Comcomm, under which we built platforms for consumer markets. Currently,Comcomm is also developing softwares and tech for government bodies.

Works like these kept me a bit away from acting for the past 3-4 years.

Then, unexpectedly,came this show ‘Shatada Prem Karave’. It’s simple, connectable yet different and defines the concept of ageless love.

Another important reason I accepted this was because of the three women who are directly and indirectly involved in this decision of mine. Our producer Smruti Shinde who happens to be a good friend, Star Pravah Programming Head Shrabani Deodhar who is a family friend and whom I have always respected as a film maker and importantly my wife Madhura who actually pushed me to take up acting offer and explore.

So I am back on TV for ShatadaPremKarave to explore the actor in me and learn new things in the process.

Actually there are various, to name one such point in life then it would be college festivals because of which I got introduced to amateur theatre and computer programming as an extracurricular activity.

When you want to do the things you seriously love to do, juggling doesn’t feel like juggling. Time management is something that would come to you naturally and you won’t feel the pressure of juggling.

Each project I am connected with till now has always been cherished and is memorable to me. Like ShatadaPremKarave on Star Pravahwill be on its own way.

I am already working on them. One among them is Shatada Prem Karave, which came to me like a dream. I am happy to work with a passionate team of co-actors, crew members, producer and channel Star Pravah.

One such incident instantly remember is of my grandfather. He had a habit of keenly reading 3-4 newspapers a day, from the first page till the last. As he grew older he couldn’t read them as easily. So he started this trick on me.For each page which I would have to read out to him he used to pay me a rupee.Now when I think back about it, it was extreme fun. This not only made me an avid reader buy also enriched me to be more enterprising.

As said earlier, it’s a very refreshing and beautiful story of two distinct characters Unmesh and Sayali. We would want to make you see love through a new lens where it knows no boundaries and is ageless.

One morning I got a call from our producer Smruti Shinde and she offered me this role of Unmesh. I was hesitant but she was surer than me in the very first call itself. So I would say I need to thank her for selecting me.

Most people who are seeing the show promos and know about this venture are extremely happy and positive about the show and me playing a part in it.

Other than Shatada Prem Karave, there are two feature films acting assignments. One with Mahesh Manjrekar and other with new director Shibu Sable. Both are different genres and filming process is on.

There would a new theatre play, still untitled and in pre-production phase, which would be announced as things fall in place.

On the tech front, there are many softwares which we are developing for direct consumer platforms and also for government sectors.