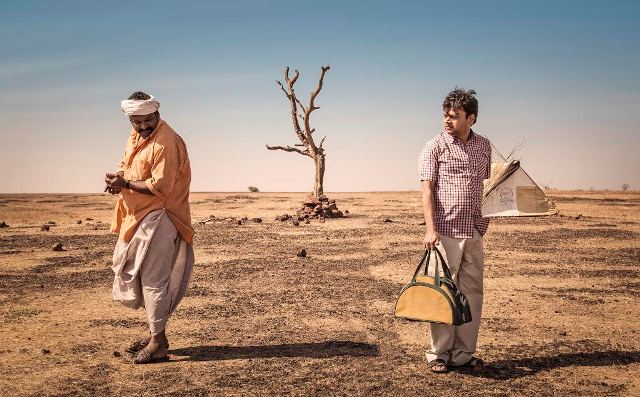 The Marathi film Sarvnaam has been selected for the 19th Mumbai Academy of Moving Images (MAMI) Festival a.k.a Jio MAMI Mumbai Film Festival With Star. The film which is directed by Girish Mohite has been chosen in the India Story category. Approximately 11 films have been chosen in this category from a wide variety of Indian language films. And Sarvnaam is the only Marathi film that has made the cut.  “This is a proud moment for us and this film which tries to depict reality will surely strike a chord with viewers” says Girish Mohite with utmost confidence.

Naam (which means name in Marathi) refers to the identity of a specific individual, while Sarvnaam which is a common noun refers to the public at large. While striving to preserve one’s identity, destiny often plays cruel games which may leave one helpless and with no option but to see their identity get diminished and be a part of the crowd. The movie Sarvnaam makes audiences witness this reality. Girish Mohite has always strived to offer something different to audiences with every film of his. And one is confident that Sarvnaam will also follow the same path.

The film is presented by Adi Rohan Entertainment. Produced by Pre To Post Films and directed by Girish Mohite, Sarvnaam stars Mangesh Desai, Dipti Dhotre, Umesh Bolke, Master Rajwardhan and Rahul Desai in principal roles. The film is co-produced by Rohan Desai. Krishna  Soren has shot the film. While Nilesh Gawand has edited it. The story is penned by Basheer Mujawar, while Girish Mohite and Ashutosh Apte have written the screenplay of the film. The music is composed by Avinash-Vishwajeet and Digambar Talekar has done the art direction for the film. MAMI Film Festival will take place in Mumbai from 12th to 18th October this year.