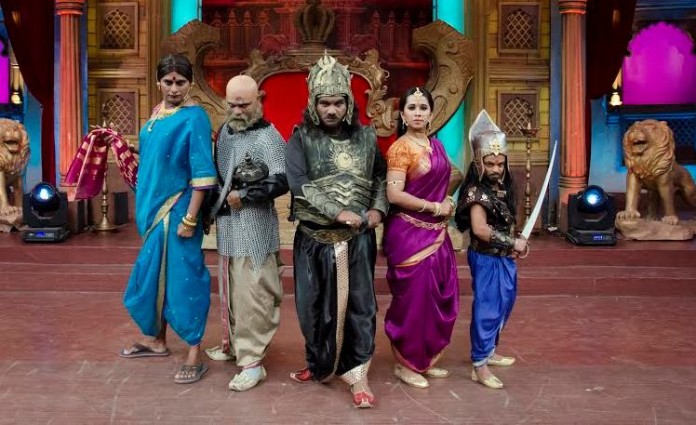 On the sets of ‘Chala Hava Yeu Dya‘ we never know what the people from Thukratwadi will be up to. Till now on this stage we have seen enacted scenes from ‘Maherchi Saadi ‘ to ‘Natsamrat’, Sairat and from the tricolor of Hindi cinema, ‘Dilwale Dulhania Le jayenge‘ to recent fame ‘Dangal‘. And now the audience will be able to experience biggest blockbuster from Indian cinema industry ‘Baahubali 2’ movie’s Marathi version. On the coming Monday episode means on 12th June at 9:30pm on Zee Marathi to see this special skit. 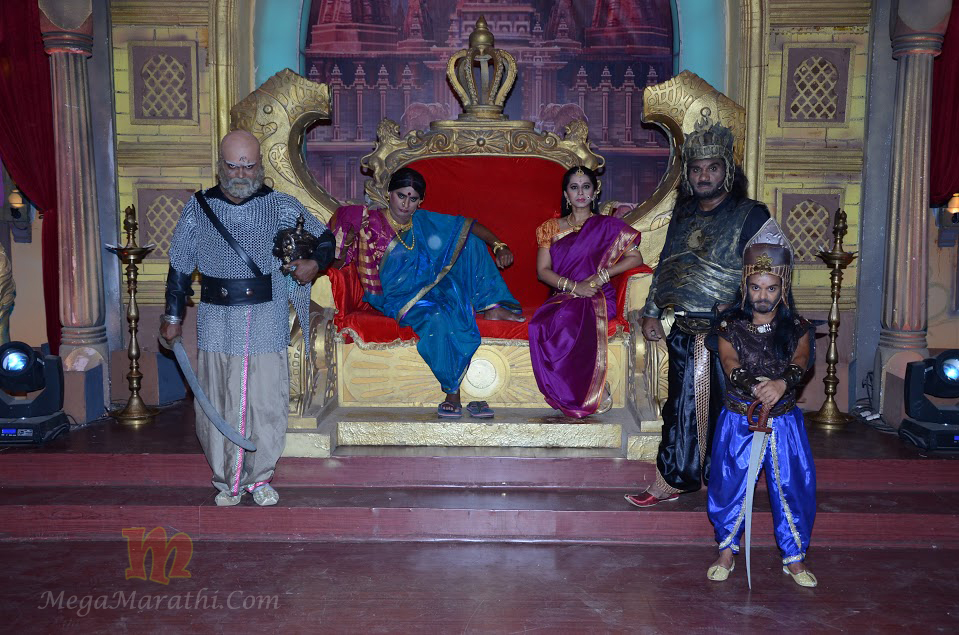 The unique thing is that the way special effects have been used in the movie similarly special effects along with a dash of humour will be seen in this episode. Making a skit about a different movie like Baahubali 2 is also an art. That’s why this Thukratwadi’s Bahubali will be loved by the audience of ‘Chala Hava Yeu Dya’ too.