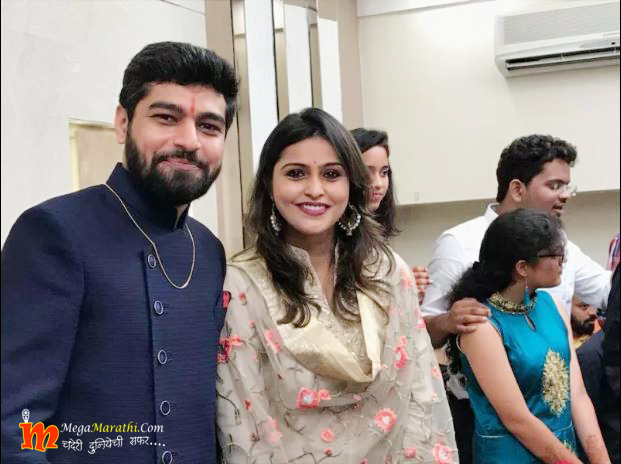 The actress ‘Surabhi Hande’ who has reached to everyone’s home through the role of Mhalsa in Zee Marathi’s mythological serial ‘Jai Malhar’. Recently on 26 August she has got engaged with Durgesh Kulkarni at Jalgaon. “We are good friends since many days and we are from different professions. As we are good friends we are having a good bonding”, said Surabhi Hande. After the consent of our families, engagement date is fixed.

Even though engagement is over there is still a gap of one year for marriage. Also she is wishing to work in television industry even after marriage, said Surabhi Hande. Currently she is busy in Colors Marathi’s popular serial Laxmi Sadaiva Mangalam with lead actors Omprakash Shinde and Samruddhi Kelkar.