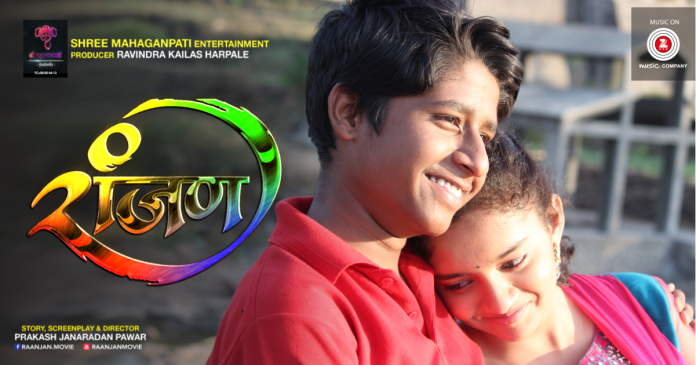 After the super-duper success of Sairat, singer-composer Ajay Gogavale is on a roll again with his Lagir Jhala Ra opening to rave reviews on social media.

With the forthcoming release of Marathi film ‘Ranjan’ on February 17, two fresh actors ‘Yash’ and ‘Gauri’ will debut on the silver screen. The film espouses the age-old saying ‘love knows no boundaries’.

A lot of Marathi films that revolve around love stories, set amid rural and urban backdrops, have been trending in the New Year. Ranjan will see yet another love story but with a difference, The film’s lead pair are both school children in love with one another. But the film transcends the theme of love and attraction and poses a social thought for the audiences. It talks about the fundamentals that afflict our social scene.

The film highlights the attitude of how the society looks upon its children.

The song ‘Lagir Zala Ra’, which has become all the rage on social media is penned by Vaibhav Joshi and composed by music director Narendra Bhide. Ajay Gogavale has rendered the song in his unique way making it all the more unforgettable.

Shree Mahaganpati Entertainment’s Ravindra Kailas Harpale has produced the film while the film’s screenplay, story, script and direction has been handled by Prakash Janardan Pawar. Prakash Pawar and Nilesh Bhosale have written the film’s dialogue.

Ranjan’s love story blossoms in the school but it is not a typical love story. And the message that comes across is that Ranjan looks beyond the love angle and paints a broader social picture.

“The making of ‘Lagir Jhala Ra’ too has received rave reviews in a short span of time. Looking at this response I am positive that people will also love the film,” the film’s director Prakash Pawar said.