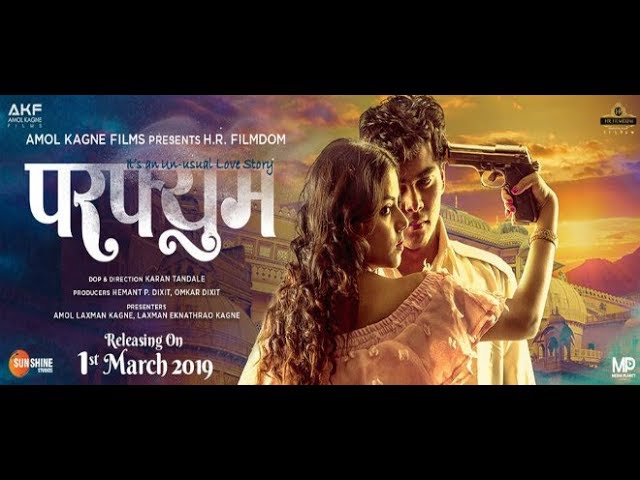 A sweet perfumed love story can be witnessed in the forthcoming film ‘Perfume’ where the teaser of the film was launched in Diva at the recently held Kokan Mahotsav and the scent of this perfume can be experienced on the release of this film on March 1 all over Maharashtra. The proud maker of classic films like ‘Halaal’ and forthcoming ‘Lathe Joshi, namely Amol Kagne of Amol Kagne Films and Laxman Kagne have presented ‘Perfume’. Dr. Hemant Dixit and Onkar Dikshit have produced this film and the DOP Director of the film is Karan Tandle.

The film stars Onkar Dixit and Monalisa Bagel along with a slew of veteran actors like Sayaji Shinde, Abhijeet Chavan, Chinmay Mandlekar, Kamlesh Sawant, Anil Nagarkar, Bhagyashri Nhalave, and Heena Panchal. The story is by Kishor Girhe and Paul Sharma is the editor and Swapnil Dixit is the production head. They say that love is like a scented perfume. The teaser shows the scented blooming of two lovers but love changes its colors too. The romantic love story has a thriller element too which will intrigue the audiences. And that’s why the teaser launch is getting a big response on the social sites. The film is set to release on March 1.