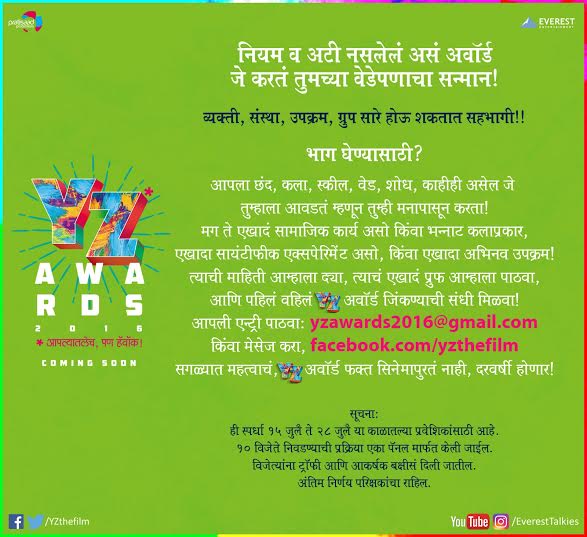 YZ Awards for the Hatke Attitude Among Audience

YZ film has initiated an innovative award for the audience to celebrate the YZgiri among them. Audience can give entry basis on their craziness and passion for any art, hobby, research or social work. Ten winners will be chosen by the Jury panel. The awards will be given by 12 August on the release of the film. The makers of the film Sanjay Chhabriya (Everest Entertainment) and Anish Jog (Pratisaad Productions) have decided to give these awards not only for the release of the film, but every year. 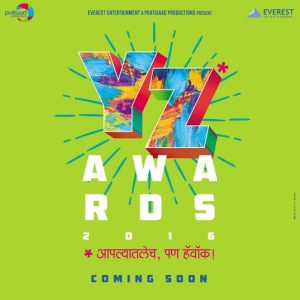 The individuals or the organizations can send their entry between 15 July to 28 July on [email protected] or message at facebook.com/yzthefilm along with the photographs and other documentations of their passion.

The film YZ will be releasing on 12 August and stars Sagar Deshmukh, Akshay Tanksale, Sai Tamhankar, Parna Pethe and Mukta Barve in leading roles. This interesting film has been written by Kshitij Patwardhan and directed by Sameer Vidwans.