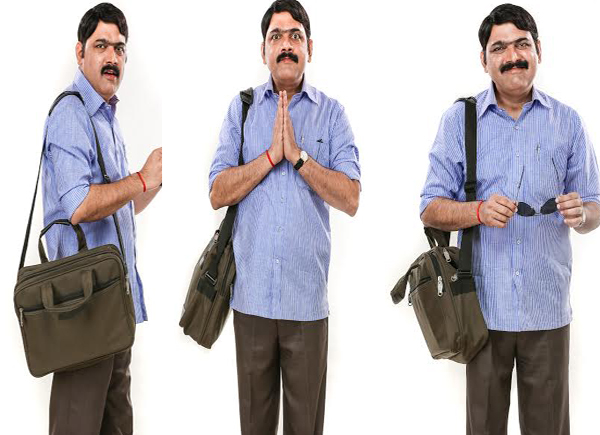 Actor Makarand Anaspure is known for his command over playing rural characters with ease. In the upcoming film ‘Nagpur Adhiveshan – Ek Sahal’, the actor will be seen in a different avatar of a public servant. This is the firt time that a movie is being made on the winter session of the Maharashtra Legislative Assembly. Nilesh Jalamkar has written and directed this political satire which speaks about funny situations that unfold over the backdrop of the session. Presented by Vidarbh Pictures, ‘Nagpur Adiveshan’ has been produced by Anil Keshavrao Jalamkar.
Anaspure plays the role of a simple public servant who is under pressure from the political establishment. His character, Sanjay Salunkhe, is show to be handling a lot of work dumped upon him by his seniors. His role is not only restricted to the work responsibilities but is also shown to tackle personal and family responsibilities with equal ease. The film revolves around how this government employee is assigned the task to obey the ministers’ orders and get them what they ask for. For the employee, this is a punishment but the ‘adiveshan’ is still a picnic for others.
The film, which releases on December 9, will see Makarand teaming up with Ajinkya Deo, Mohan Joshi, Bharat Ganeshpure, Chetan Dalvi, Amol Tale, Sankarshan Karhade, Vinit Bhonde, Dipali Jagtap and Sneha Chavan. It will be interesting to see how Makarand, who is know to champion farmers’ issues, presents what government employees have to deal with, through this film.