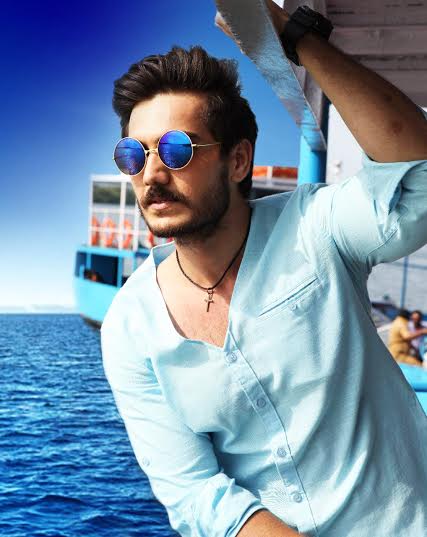 The handsome hunk of M – Town Bhushan Patil has not just impressed everyone with his good looks but he is all set to impress the audiences with his acting skills. Bhushan Patil will be seen in the film Bernie releasing this Friday. Bhushan is playing a character of ‘Tony’ in the film who is a catholic guy from Goa and viewers will get to see a fresh pair as Bhushan will be seen opposite Tejaswini Lonari. The pair looks refreshing and surely they’ll bring some crackling performances to the table.

Bernie is a period film and hence Bhushan’s look in Bernie seems outstanding. The personable actor is looking absolutely stunning in his look which has got the combination of retro & contemporary styles. Bhushan is super excited for the release of the film. While sharing his excitement about his different look in the movie he says, “I’m playing the character of Tony who is a catholic guy and Catholics are indeed stylish and keep experimenting with their looks. The film plot belongs to the era of 70’s and therefore with the combination of modern and retro flamboyance. I have got the best look to fit in the character. I hope the audiences will also love it and enjoy watching me on the big screen”

Bhushan perfectly fits in the character as the catholic look suits him the best and most definitely he will win over hearts of the audiences by his astonishing performance.