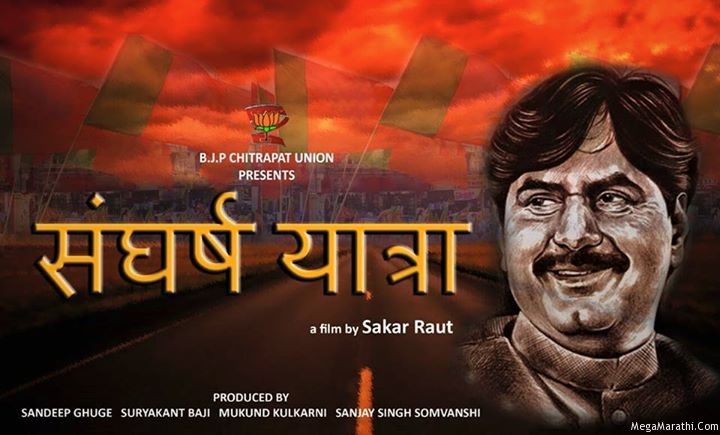 The bio-pic on late BJP leader Gopinath Munde  titled ‘SANGHARSHYATRA’ produced by Om Siddhivinayak Motion  Pictures and producers Suryakant Baji , Sandeep Ghuge, Mukund Kulkarni  and Raju Baji held its first look and music launch at a grand function in a South Bombay hot spot in the presence of its cast, crew and many celebrities..
The leader who came from a Dalit background was the true leader and spokesman for the downtrodden masses and  was a selfless social leader. The film is directed by a young talented debutant Sakar Raut. The Chief Minister Devendra Phadanvis ‘s wife Amruta Phadanvis who is a singer makes her debut as a playback singer in this film with the rendition of the title song.