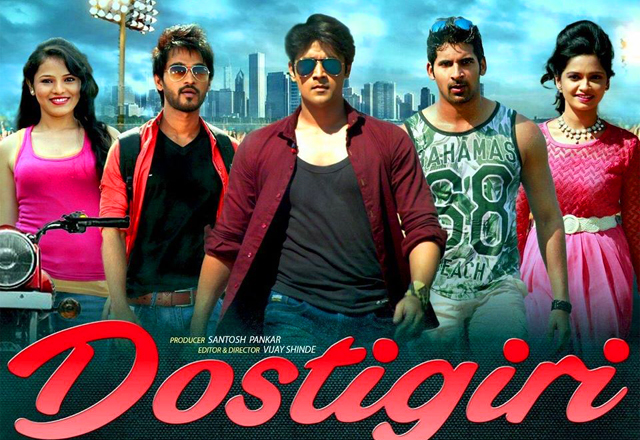 Dostigiri is the story of four friends named as “Sam,Shiv,Sid and Purva”. They are studying in same college. All are enjoying their college life. No tension in life only roaming,parties & by seeing girls having full of fun etc. In a college event, a big incident happened & for that reason everybody’s life shattered. Many political pressures are there but they confront it and faced many problems too and how to survive & move forward- this has been shown in the movie. “Dostigiri” has shown “How is our life”? It includes everything about our life which makes a good movie that is comedy,drama,love,actions,emotions etc. This movie will make people laugh and also emotional . As an whole, the movie concludes good Masaledar kind of film. This movie shows that “how a friend’s life is all about”.