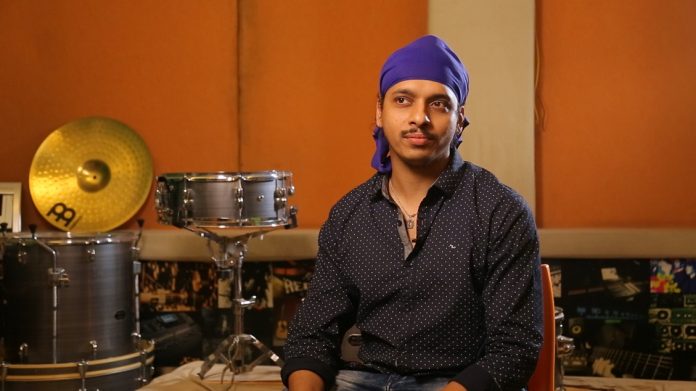 What is music to you?

Music is a universal language. It is neither bound by any language nor any religion. What I feel is we all musicians are lucky that we are universal and related to all the languages. Producing music, playing keyboards and singing is like my passion but composing music is certainly a priority for me.

What is your Marathi connection?

Many people ask me this question. First connection is, of course, music which transcends all languages and religions. But one more special connection is that my mother is Marathi. I have been born and brought up in Maharashtra. My friend circle is predominantly Maharashtrian. My upbringing has happened listening to Marathi music. In the past I have done many shows on Marathi songs. So you can see Marathi is very strongly rooted with me in my music. That is how I am so closely related to Marathi.

Recently you just composed the title track of upcoming mythological show on Star Pravah ‘Vithu Mauli. How was your experience stepping into Marathi TV industry?

I believe we musicians are able to perform with the help of some divine power. God is the source and we become the medium. As we all know Lord Vitthal is one of the most favorite gods of Maharashtra. Thanks to his blessings, this title track has been recorded. By Lord Vitthal’s grace I became the medium and Vithu Mauli’s title track composition happened through me. It was an absolutely divine experience for me. Akshayraje Shinde, who is from warkari family, has beautifully penned down the lyrics and decorated my tune. I am extremely delighted that I became the composer for Vithu Mauli title song.

Adarsh Shinde is entire Maharashtra’s favorite singer. He has taken Vithu Mauli title track to a higher pedestal. Adarsh’s style and vocal texture has a certain folk feel. This track needed that feel. At the same time, this track has divinity and devotion which gets amazingly conveyed through Adarsh’s voice. We are so happy that he is the one we choose to do the song and once you listen to the song, you will be also convinced about it.

How it has been working with the Oscar Winner A.R. Rahman?

For past 4 years now, I have been playing keyboards in Rahman Sir’s live shows held across India and abroad. It has been huge learning experience to witness the master at work. Ever since I was in school, I grew up listening to his songs. Getting to perform the same songs with him is a matter of immense pride, honour and also nostalgia as I look back to the old days.

How is your equation with the trio Shankar-Ehsaan-Loy?

For almost a decade, I have been associated with Shankar-Ehsaan-Loy. Initially I started playing keyboards with them but soon started doing music production as well. I have been a part of a lot of their films like Johnny Gaddar (2007), Karthik Calling Karthik (2010), Zindagi Na Milegi Dobara (2011) and 2 States (2014). Their constant motivation and encouragement has been of immense value throughout my musical journey. When I was doing my debut album Ganaraj Adhiraj along with my lyrics writer friend Manoj Yadav, Shankarji and both his sons Shivam and Siddharth happily became an integral part of it by singing a few songs. Ehsaan and Loy Sir have also performed on the album. I believe they are all absolute legends and highly inspirational professionals. Whenever I work with them, they never made me feel like a novice.