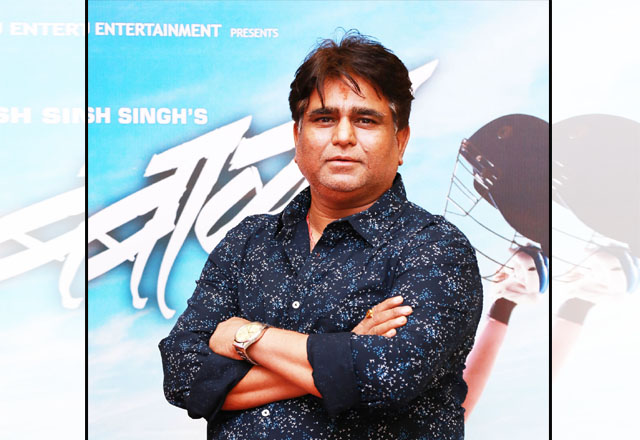 We generally see very few films based on children out here but the director Sachindra Sharma who seeks to take a peek into children’s world has filled the vacuum of this very sensitive genre.  Sharma who earlier has written a series of four  critically appreciated films like ‘My Friend Ganesha’ and ‘My Friend Ganesha’, ‘Bhoot and Friends’and Bhoot Uncle of which he has written the dialogues and directed these films and recently his family and children film ‘Bala’ which has been recently released to a very good response .The film presented  by Yash and Raj Entertainments and produced by Rakesh Singh . Here we take an opportunity to interview the director of the film Sachindra Sharma.

What is the story of ‘Bala’?

This is the story of a small boy called Bala who is crazy about cricket and wants to make a career in cricket but his father wants him to become a Superidentent  of Police ardently and this conflict between father and son can be dangerous is the issue based in the film. Every child has special abilities and its the duty of the parents to take note of these special talents in a child and encourage   him to pursue his dreams.   We have given this message to parents in a sugar coated manner and in a light hearted manner.

You are making a film in Marathi for the first time.

approached me to make a Marathi film I jumped at the idea and we both had the experience of working in Hindi and Bhojpuri films and we wanted to make something different. And Marathi audiences always like different stories and good content and so we decided to make ‘Bala’.

How did you cast for the film and how was your experience while working with them?

In the film there is a clash of three generations, grandfather, son and grandson and we needed veteran actors to match up for the roles and thats why actors like Vikram Gokhale and Upendra Limaye and Mihiresh Joshi have been taken and they have done full justice to their characters. What a child can’t say in front oof his father , he can say frankly to his mother and hence we needed an actor of caliber  for the grand mothers role and so we took upon Suhasini Mulye for Upendra Limaye’s  mothers role and Kranti Redkar for the child’s mothers role. And we have Kamlesh Sawant in a very different role and it was an enriching experience to work with all the actors.

What was the reason for the title ‘Baalaa’?

This is the story of every child who wants to fly high with his dreams and his wings need not be clipped and every Marathi boy is generally called ‘Bala’ endearingly and we want to convey  the message that every child should get what he wants and an opportunity to fulfill his dream  and thats why the film is titled ‘Bala’.

Baalaa is running successfully in your nearest cinema halls so book your tickets now !!